I just uploaded a report titled Ecuador—Video—Gabriel Luna and Robins McIntosh to my History of Shrimp Farming in Ecuador Page.

Gabriel Luna talks about the “horrible year” Ecuador had in 2020, and  Robins McIntosh comments on Ecuador’s future and the future of Homegrown Shrimp in the United States!

Liked by Nelson D. Gerundo and 1 other

Either way, increasing production yield in outdoor grow-out shrimp production ponds annually will always have a simultaneous cumulative contribution to coastal environmental deterioration which may eventually lead to more frequent sprouting of unforeseen shrimp production problems, whether shrimp disease-related complexities or not. 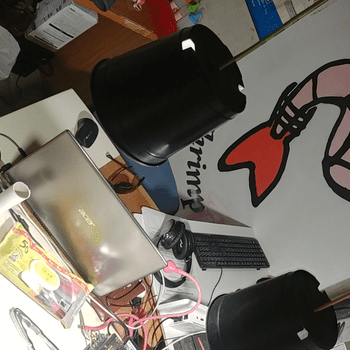 I would just say that while India can achieve that volume it's focus on just exports volume is a risky strategy. The difference with Indonesia (or China) is that India does not eat 60% of its production.

So while India is after the "kerchang" (chasing the money) Indonesia is also thinking food security.

....would be great to see India pickup shrimp consumption and reach equivalence to other countries it sells to.

In anticipation of the shrimp export market disruption brought about by the pandemic and with India’s recent border conflict with China,... lesson learned,  India has already begun focusing to increase domestic market demand and consumption of farmed vannamei shrimp (of which India is presently producing 711,674 metric tons annually. Not to mention India's recent production of 35,457 metric tons of farmed black tiger prawns annually), including the exportable species of farmed fish e.g. pangasius and tilapia, instead of largely relying on the current volatile world seafood export market, dampened by COVID-19.

As Dr. Rajeev Ranjan, Fisheries Secretary of the Government of India, said on June 2020 and I quote: “We will focus on increasing per capita consumption of fish and shrimp in India.”

Ecuador too, which is recently producing more than 670,000 metric tons of farmed Penaeus vannamei, (or better yet, more than 676,366.19 metric tons, to be detailed on the estimate according to the data provided by Diana Poveda, Head of Foreign Trade, CNA) is largely exporting its annual farmed shrimp production to the U.S., Europe, China, and other parts of Asia than being proportionally marketed for domestic consumption.

With low domestic demand for fish and shrimp at an annual seafood per capita consumption of just about 7.77 kg (or 7.8 kg rounded to the nearest tenth).

Unlike in the farmed seafood-producing nations in Southeast Asia that love eating fish and shellfish where the aquaculture production is supported by both the export market and domestic market, if not largely catered for domestic consumption ensuring food security in times of global crisis... characterized by high per capita consumption of seafood from both locally-produced and imported fish and shellfish such that:

What is Per Capita Seafood Consumption?