Liked by Nelson D. Gerundo and 1 other

“The entry of qualified and powerful enterprises may bring advanced aquaculture management technology, mature logistics and transportation solutions, etc., to promote the development of Hainan's aquaculture industry towards a confident digital fishery industry in the future.” 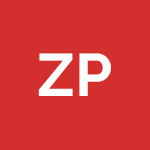 This is a classic question that VCs often ask Chinese Internet startups/entrepreneurs:

What if the Internet Giants are involved?

HEMA is china version of wholefood. HEMA AGRICULTURE is a sub-company owned by Alibaba.

HEMA AGRICULTURE has invested over $7 million in the first phase of their shrimp farming plant on Chongming Island, Shanghai. And HEMA expects to invest $30 million overall. They expect to be able to produce 1,300 tons per year when the whole construction is completed.

HEMA thousand tons of white shrimp farming in trouble, Chongming District leaders issued an order on the spot to solve the problem (2022-01-14) https://export.shobserver.com/toutiao/html/441710.html

1,300 metric tons of indoor farmed vannamei from Hema annually is just an additional 0.08 % of the 1,600,000 metric tons of farmed shrimp being currently produced domestically (i.e. locally) in open ponds in China annually.

Along with the additional 600,000 metric tons of imported frozen vannamei annually from Ecuador (60%), India (20%), and the rest of the 20% from the combined imports from Vietnam, Indonesia, Thailand, etcetera.

All these are to meet China’s consumer demand for shrimp of more than two million metric tons annually.

Singapore has been quiet for two years now since you've been gone.

Because no one is sharing from Singapore anymore unlike when you were still here.