The Role of Seafood in Child Growth and Development

The National Academies of Sciences, Engineering, and Medicine will conduct a study to review the state of scientific evidence in nutrition and toxicology of associations between seafood intake and child growth and relevant aspects of development. This review will include a study of the associations between seafood intake (maternal and child) and child growth and development. The goal is to have the most up-to-date understanding of the science on fish consumption in a whole diet context.

As reported in the ‘Parenting for Healthy Babies’ and I quote:

“For children, shrimp is a wonder food with a large range of health benefits. For instance, eating about 350 gm of shrimp per week can help children (8) absorb food and nutrients better, and it can (9) improve a child’s digestion and bowel movements. (10) A child’s physical and mental development is also greatly enhanced by the presence of high levels of iodine, calcium, zinc, phosphorus, and several minerals.”

One of the disadvantages of children eating shrimp is the concern with mercury intake.

Other than (1) genetics, (2) the influence of the environment, and (3) lifestyle, is there a connection between eating seafood and the longevity of the human lifespan overall in a population?

Which are the countries in which its citizens live the longest on average?

Because the truth matters ... not politicized truth and neither compromised truth nor euphemized truth but the real truth is all that matters.

Just the plain and simple truth ... examples are, water is wet, the Atacama desert is dry, steel is heavy, cotton is soft, a feather is light, sugar is sweet, vinegar is sour, a diamond is hard, ice is cold, lightning causes wildfires, the ocean is salty, molten lava is hot, and what doesn't kill you makes you stronger.

The heck if the truth hurts. 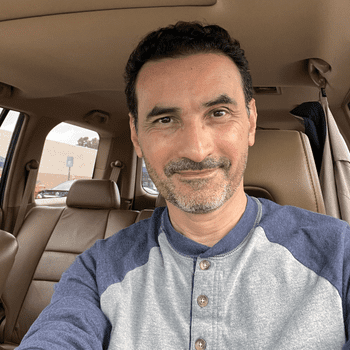 This is an excellent comparison Nelson! And it’s eye opening too. Thank you for sharing.

If data comes from the FDA, you should believe the authenticity and reliability of its report because the FDA is a reputable American not-for-profit regulatory and monitoring US government agency. further strengthened by the 12-year-long duration of its report on mercury levels in seafood on a national scale.

Not just a short duration study e.g. two weeks or a month, or two-month experimental bioassay done in a beaker or a short-duration, small-scale field sampling study covering a tiny geographic area.

Running for re-election in Malaysia's Parliament at age 97.

Are these genetics, environmental influences, lifestyle, and seafood diet?

Or genetics, environmental influences, lifestyle, and discipline in eating.

If it is the truth, rest assured that I will promote it, but if it is an intentional lie, I guarantee that I will relentlessly attack it like a black tiger on the prowl for prey ... and I will not stop till it's dead.

As simple as that since the truth and nothing but the truth are all that matters.

Because there is nothing in between the truth and a lie.

As Emile Zola wrote and I quote:

“If you shut up truth and bury it under the ground, it will but grow, and gather to itself such explosive power that the day it bursts through it will blow up everything in its way.”

Because a self-serving intentional lie doesn't deserve to permeate into anyone's brain and heart.

Otherwise, conflict and chaos on this planet will stay for the rest of our lives creeping into the way of life of the succeeding generations after us.